Speaking on the ceremony, Acting Consul General Mr. Gautam expressed deep gratitude to the United States Department of Homeland Security and its officials, District Attorney of New York County Mr. Vance, Executive District Attorney Ms. Illuzzi-Orbon; Acting Assistant Special Agent of the Department of Homeland Security and in-charge of investigation Mr. Erick Silverman; Chief of Antiquities Trafficking Unit of the District Attorney New York County Col. Matthew Bogdanos; and analysts for their hard work. He appreciated their dedication and collaboration in recovery and returning these Nepali artifacts to Nepal. He welcomed their commitment of working jointly for the preservation and promotion of cultural heritages. He expressed hope to continue receiving similar cooperation from all in recovering and reinstating other lost antiquities of Nepal, in future. He thanked the Ministry of Foreign Affairs and the Ministry of Culture, Tourism and Civil Aviation of Nepal for their guidance and coordination in this process.

Executive District Attorney Ms. Illuzzi-Orbon expressed satisfaction to have been able to recover and handover the lost Nepali antiquities back to Nepal. She expressed deep commitment to work together with the Department of Homeland Security, and all other countries in pursuit of tracking antiquities illegally owned and return to their rightful countries and people. She highlighted that the Antiquities Trafficking Unit of New York District Attorney’s Office created by Mr. Vance in 2017 with a vision to stopping the trade of stolen antiquities from historic sites around the world, has done excellent job in its mandate and helping to restore back.

These antiquities were recovered by the Department of Homeland Security from a network of international smugglers of antiquities and their associates. New York County District Attorney’s Office managed to win the rigorous legal processes before securing the release of these artifacts and handing over to Nepal. Investigation on the people involved in illegal possession, exportation, and sale of the antiquities is ongoing. 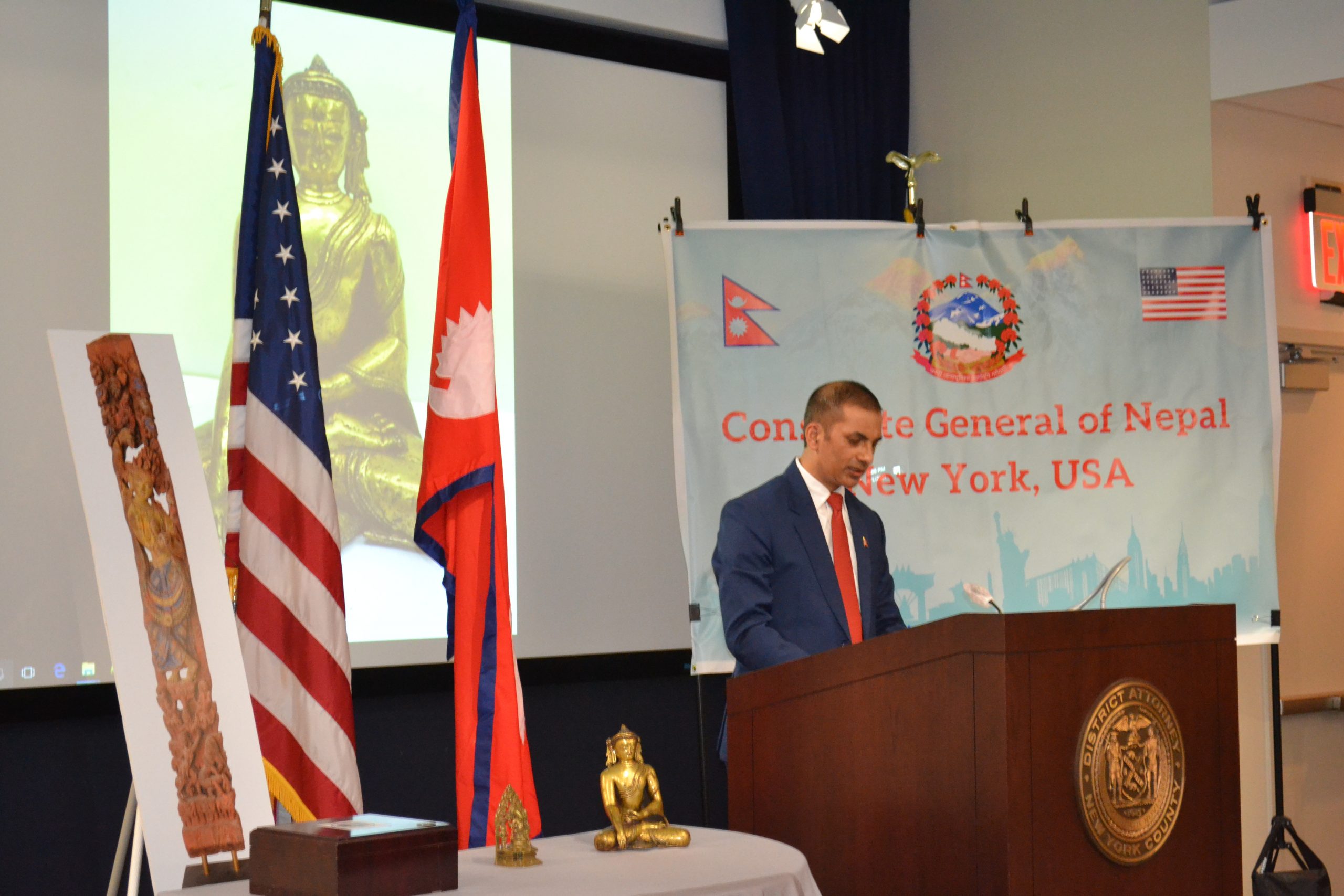 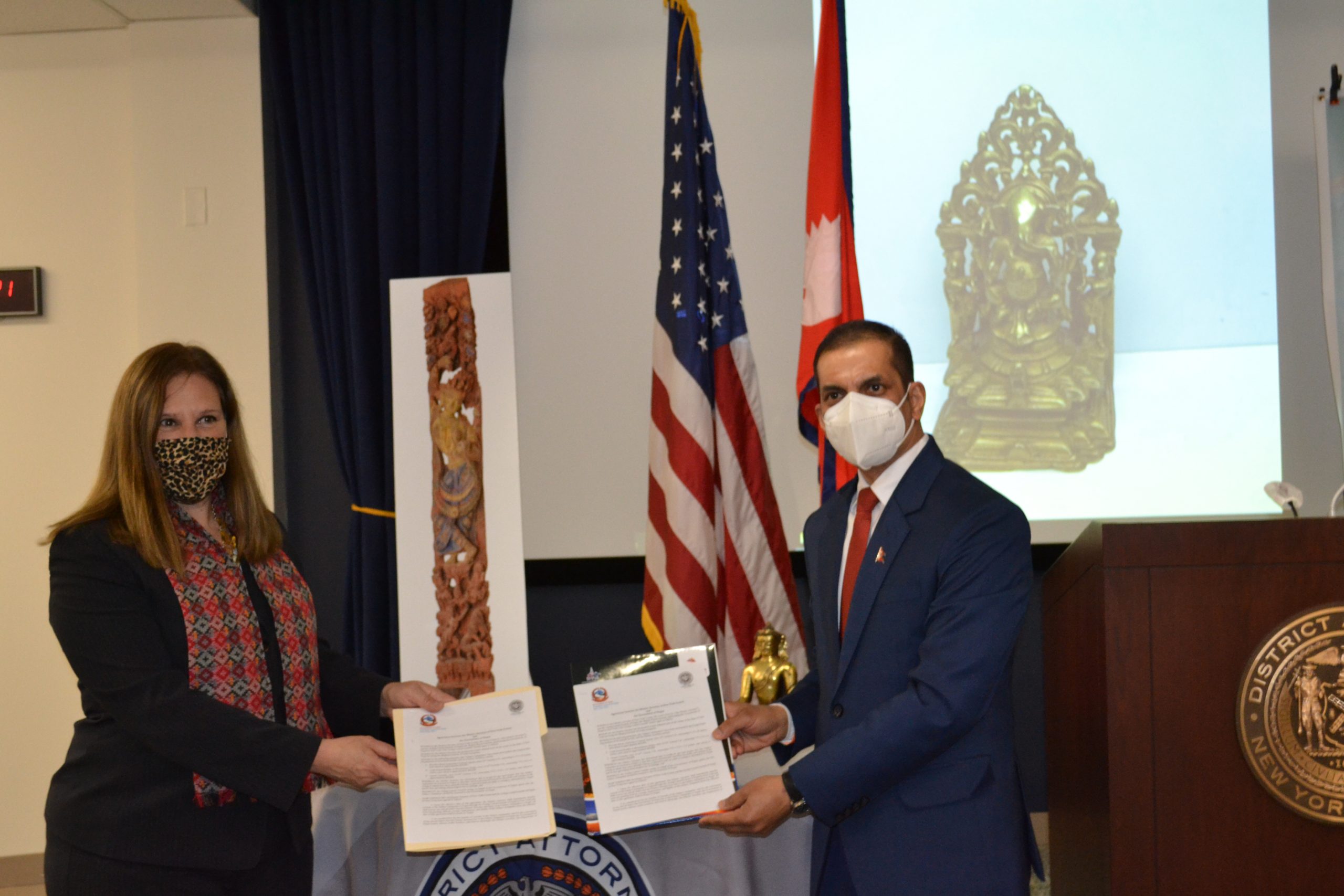